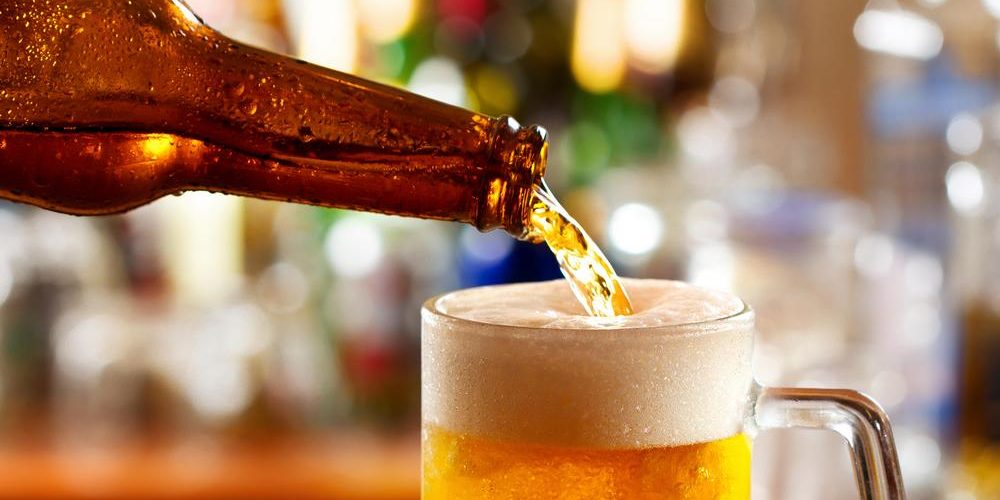 Was I addicted to alcohol? That probably depends on how you define addiction.

After a few days of abstinence, I definetely felt a certain urge to have a drink again. Sure, it worked without it. But usually the habit won. And habits are sometimes very difficult to break.

I used to be known to my friends as a party animal for many years. In Münster, where every fifth inhabitant is a student, it’s easy to become a party goer. The old town with its many small pubs was only a few steps away from my apartment at the time.

I usually went out with friends two or three times a week to party and then came home quite drunk, often only at dawn.

But it was a very nice time that I really enjoyed. In retrospect, I have no regrets. And I am still grateful for my friendships at that time, some contacts still exist today.

Why did I drink? I felt happy and free, and with alcohol I could live it out. I often danced for hours in ecstasy. It actually gave me something. Sometimes useful new ideas came up when I was drunk. And it definitely helped me not to feel so shy and awkward with other people.

On some days it was just good to be able to talk to a good friend about problems over two or three (or five or six) beers.

And then I experienced a relationship trauma. Just like other people take pills regularly when they can’t sleep, I started to use alcohol as a self-medication when I couldn’t deal with my sadness.

My next stop in life was Düsseldorf, after all “the longest bar in the world”. Here, too, the old town was within walking distance for me. And here, too, the nights could be long. But I drank significantly less, most recently I was “on the slopes” once a month.

In Tenerife, the options for going out are very limited for my taste in music. I then drank more at home. Not excessive, but more consistent. And that is unfortunately not much better, because it reinforces the feeling of needing it.

In the first years on the volcanic island, I dealt a lot with the shortcomings of this world. I learned truly terrible details about 9/11 and many other horror stories that show the hidden interests of our governments in a deeply evil picture.

For me, that was only bearable with alcohol.

Several times a week I drank two or three glasses of beer or sometimes half or a whole bottle of wine, while I researched new details again and again and was given new perspectives by KenFM, the Swiss peace researcher Daniele Ganser and other “truthers”.

But I never really felt addicted.

After all, I had my consumption under control, my life was well-ordered and well-behaved.

Nevertheless, neither the negative news nor the alcohol did me any good. But you can only really feel it afterwards.

The Ayahuasca retreat changed a lot

In February 2019, my wife Mina and I dared for the first time to go on an Ayahuasca retreat, about which I also wrote a personal review.

Ayahuasca is not a drug, but a medicinal plant from the jungle that has been used for thousands of years, a so-called plant teacher with a strong maternal energy that tries to heal very individually on a physical, psychological and emotional level.

An Ayahuasca ceremony confronts you with your deepest inner feelings. Hidden things emerge and you have the opportunity to thankfully say goodbye to them. This process happens not only symbolically, but also physically.

One separates oneself from harmful bacteria, parasites and other roommates – which of course all bring with them a certain consciousness and thus influence our lives every day without us noticing.

Because consciousness knows no limits. If we get cravings for a pizza, this appetite is largely generated by the swarm consciousness from millions of fellow creatures.

The spirit of Mother Ayahuasca is deeply wise. You can ask it for answers to your most pressing questions or any other help in your life before a nightly ceremony…

But in the end it gives you what you really need.

One small detail is missing from my retreat review mentioned above: When I came home from the retreat, I didn’t feel the slightest desire for alcohol.

Mind you, I hadn’t asked to take this vice at all. It just happened…

The vibration frequency of my body cells was increased with Ayahuasca. Alcohol is obviously quite low swinging and just didn’t suit me anymore. I didn’t have to think about it, didn’t have to withdraw.

I was surprised at first, then skeptical. After a week I took a test and drank a glass of beer. It was okay. But afterwards I did not feel the need (like often before) to want a second glass. It was good the way it was.

Even today, almost exactly one year after our first Ayahuasca retreat, I can drink a glass without a care if I would like to. Once or twice I tried more at a party. But it stayed that way. I feel free.

Other addictions, habits and needs were also resolved very easily (i.e. apparently completely by themselves) in the past year. I hardly deal with negative news anymore. Because I could literally feel how they kept the vibration frequency of my energy body low.

Our diet became even better and healthier. Almost every single day we drink three glasses of fresh green smoothie for breakfast.

And we sold the TV. A mandala cloth hung over it for a few months and we didn’t feel the need to take it off. Our living room is now a temple and free of this annoying flicker box that steals us countless hours of life. I think that was such an important step that I would like to write about it again elsewhere.

A few days ago, Mina and I came back from our second Ayahuasca retreat. Again we went through an intensive and multi-dimensional cleaning.

We are excited to see what long-term changes the medicine will bring to us this time. At the moment, it looks as if we can now live without sugar, another harmful drug that artificially keeps our vibrations low.

But you only notice that once you have freed yourself from it.

More about this exciting topic in my article: Who or what actually determines your unhealthy habits and addictions?