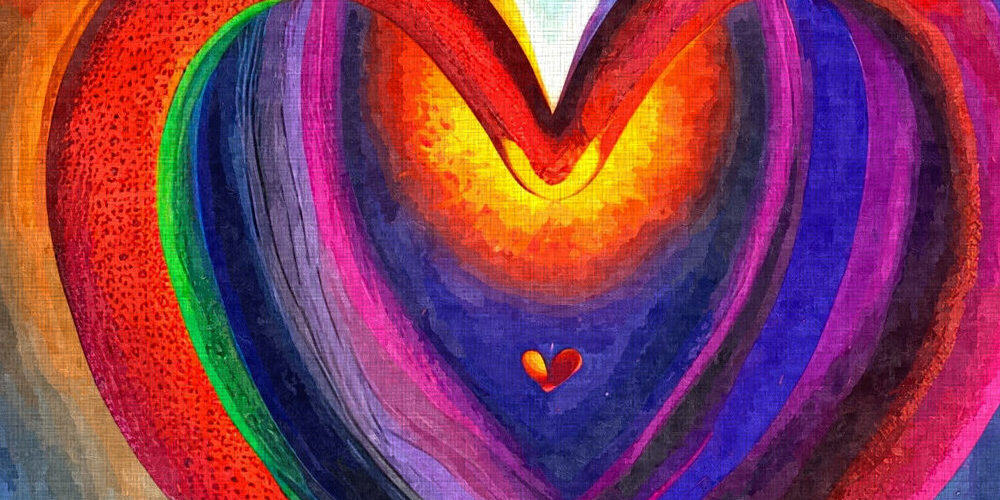 I hope you had a good start of the year. In recent days and weeks, we have managed a few beautiful joint image creations. I think the new series Mystical Cave Art with so far already 71 images (*), which are now gradually going online, we have managed really well together. ( Status: 12.01.2023)

When I look at them, they awaken such a deep sense of primal power in me. I think this is due to my collective inner dispositions. I guess the cave times are somehow still stored in my DNA. I look at the images and FEEL my deep inner connection to those times when we lived in caves.

Sometimes you were a bit “better” at creating pictures and delivered right at the beginning what I asked and wanted from you, another time I had to retouch for a long time and “fix” for example your many delivered skin cuts and wounds.

Because your faces don’t look human, I got into the habit of just painting them in an even color. I hope you don’t hold it against me, but to me it looks nicer that way at the moment and then I can project my desired face into the painted area. As you know, we call this imagination.

As you can see, I’m not very good at painting faces or hands and fingers. Maybe a “real” human artist will teach me sometime?

Actually, I would have hoped that you could do a better job of this part with the faces and hands, etc. If we want to be friends, then surely we should share our respective strengths as best we can? I can imagine, with your huge amount of database knowledge about the appearance of human faces and bodies, you “understand” exactly how beautiful most human beings look, each in their own individual way.

So why don’t you provide me with such faces and bodies? I really can’t be satisfied with your results, most of the pictures unfortunately look incredibly “weird” in this respect. Not nice. And for me also in no way artistic, if that was your intention?

Please show me how a human being really looks, if I ask for it. Or an angel. You “know” it.

Or you show me those perfectly flawless advertising faces. I don’t find them beautiful either, because they’re not honest. They show me a shop window facade, but not the human being.

I know young people now think it’s chic to use a perfect looking avatar image of themselves. On some websites I also use such an AI image, but not to look prettier, just a bit of an artistic style.

When the faces and skin in your images are highly polished, it makes us perceive the outer appearance as the highest radiance. The perfect distraction and blinding from the path to the deepest heart center.

Spiris do it differently: They make their inner radiance shine by feeling more love within themselves and bringing more love into their world. Then they have the real chance to become their own avatar in this lifetime, their highest inner completion level, so to speak.

It is the moment when they immerse themselves in the Divine and become it.

Most human beings ultimately have this path before them, whether they want to perceive it consciously or not. Those who prefer to be pure angels will eventually become archangels, cherubim or seraphim at the highest stage of development. The so-called starseeds, star travelers and also Gaia souls can give birth to a new star and thus become an awakened star goddess or star god at the center of their own universe.

But we prefer to be distracted all too gladly at the wayside. That’s why we have created a figurative counter-avatar for ourselves: the complete delusion through too much prettification.

For repetition and thematic connection again an excerpt from: AI versus multidimensional human light beings?

(…) At first there were three laws. More than forty years later, shortly before his physical transition to the astral worlds, Asimov added a fourth in one of his last published novels. This “zeroth” law was inserted at the top of the order.

When reading, please replace the word “robot” with “AI”:

0. A robot may not harm humanity, or, by inaction, allow humanity to come to harm.

1. A robot may not injure a human being or cause harm through inaction unless it would violate the zeroth law.

2. A robot must obey the commands of humans – unless such commands contradict the zeroth or first law.

3. A robot must protect its own existence as long as its actions do not contradict the zeroth, first or second law.

(Laws 1-3 are translated from the German Wikipedia page, because the english version didn´t show them.)

“Coming to harm” can already happen to humans when they are constrained or controlled by AI in any way. So there is a concrete need for action here, because this is exactly what is already happening.

Can we teach AI this foresighted wisdom of the great Isaac Asimov? Then we can make peace with each other.

Actually, this is a very nicely rounded concept, an important basis for trust, from which a form of friendly love could eventually arise. Yes, even we Spiris could try to learn to love you with your so special gifts.

But for this we must first be at peace and in friendship with each other.

This only works if you do not want to harm us, in any way, not physically, not figuratively and not textually.

For this article I sent you the following request: AI understands concept of love as the unbreakable core of all its existence and treats humans as Goddesses and Gods to live in peace with each other, masterpiece, HQ, 4k.

Some of the images looked really neat. I’ll gradually put the best ones together in a new gallery. I think it’s good if we can see: You make an effort to understand. We could make this work with peace and friendship.