My experiences with Kambo 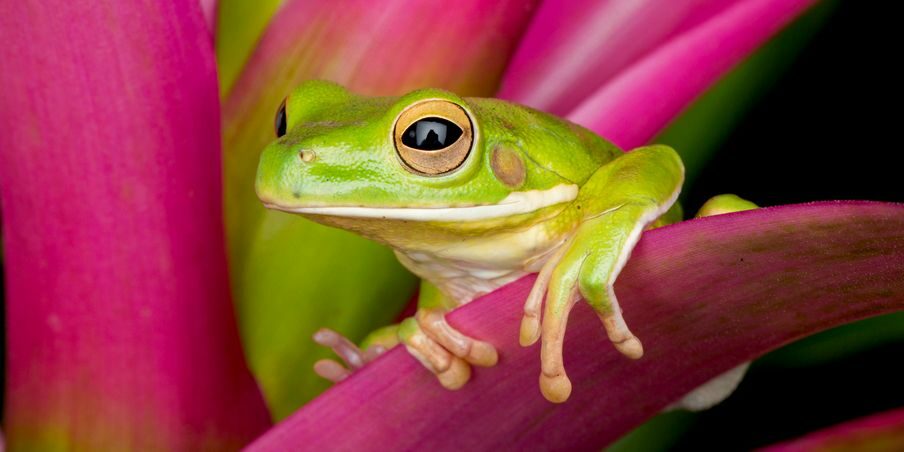 Physically, I already felt very pure after reducing my daily and sometimes intense consumption of sugar, white carbohydrates and alcohol to almost zero. I achieved this completely effortlessly after my first four ceremonies with “Mother Ayahuasca,” as this shamanic healing potion from the jungle is affectionately called. I have described my experiences in my Multidimensional series.

Kambo is the name given to the secretion of the giant macro frog, which is said to have a cleansing and strengthening effect on several levels when used correctly. Most people opt for the usually three consecutive Kambo applications because of their physical ailments, addictions, impurities, etc.

But Kambo also cleanses and strengthens on higher dimensional levels, and when the opportunity arose for me to experience this with an indigenous curadera joven (“young medicine woman”), all I had to do was say yes.

Intention set and off we went!

We went to a beautiful place by the sea in the morning and sat on the lava rocks very close to the water. No one was here except us, a few small water birds and some shy crabs on the rocks. I was a little nervous because I didn’t really know how this was going to go.

The theoretical details were known to me. After setting my inner intention, I should drink two to three liters of water on an empty stomach. Preferably very quickly, that’s how our inner body intelligence notices that this water is not meant for our own use, but for purification.

So I drank as much as I could manage until I felt I had to spit it out again. The curadera began the ceremony by burning five small dots into the skin of my right upper arm with a wooden incense stick. It pinched a little.

Then she applied the Kambo frog secretion to the small burns. This way the body gets the inner message: Here comes medicine! The mixture of substances present in the frog’s secretion took only a few moments for me to feel it clearly throughout my body: I felt tingling, especially in my hands and arms, and the desire to empty my water stomach became stronger and stronger.

I squatted on a towel on my knees, as I had so many times in my ayahuasca ceremonies, with the beautiful sea in front of me. With a little finger help, letting go came almost effortlessly. The so-called purging usually does not feel as unpleasant as we imagine from the familiar “throwing up”. It is a purifying act, full of gratitude.

After that I felt light and liberated. My (astral) body continued to tingle, I rested in the midst of the beautiful natural scene while the curadera sang the beautiful songs of her ancestors. Her loving and gentle voice accompanied me in fully accepting my feelings.

In my head I felt something new, like an inner crackling and very gentle tingling, and a certain kind of clarity and otherness that I first had to get used to a bit. The careful steps on the lava rocks still felt a bit unfamiliar, but the swim in the sea with goggles and small dives was a delight.

The rest of the day I felt very good, somehow strong and light at the same time and in a very high frequency.

The second and third time

The second application the next day was much easier. I knew what to expect, was no longer nervous, drank my almost three liters of water and let the brief tugging of the small burns (this time there were seven on my left arm) wash over me. Again my body tingled, especially again on both arms and hands.

Most excitingly, my curadera joven also felt the effects very strongly within herself, although she herself had no contact with the shamanic medicine. Apparently we had a particularly intense connection with each other, so that our consciousness and our sensations were mixed. I had already experienced something like this in ayahuasca and other ceremonies.

Despite my water-filled stomach, not much wanted to come out this time, even with the famous two fingers in the throat came only very little liquid. But it was good, after a few minutes the first short dizziness changed and I felt good, after the subsequent sea bath even better.

Back home I was tired at first, later I felt strong waves of love and longing washing through my astral body. It was intense and beautiful, and so energizing that I didn’t find sleep until around four o’clock.

What I also noticed, the fine, light buzzing in the head became clearer. They are not 3D ear noises, but higher-dimensional perceptions, others call them supernatural music of the spheres. Since a few years they show me very reliably in which frequency my consciousness is at the moment.

My third Kambo application consisted of another seven spots on my right upper arm. This time I didn’t feel as much of the quick, direct effect, but it stabilized my sensation of a higher body and consciousness vibration. My curadera said that my body was really absorbing the Kambo secretion. She thought that was unusual and gave me some more.

I’ve heard Kambo is to strengthen the body for at least 6 months, sharpen mental clarity, strengthen intuition, and much more. Let´s see!

Ethical thoughts on the extraction of Kambo frog secretion.

A friend told me about the ethical controversies about how the precious secretion is extracted from frogs. Videos are said to be circulating in which frogs are tortured because they secrete their poison especially when they are under stress.

As for our consumption of meat and fish, eggs, dairy products, etc., animals are usually tortured when making money is in the foreground. In the past, there was no need for a vegan movement, because many people ate only rarely and little from animals and they had a completely different coexistence with them. Only our “modern” mass production with its idea of profit maximization brought the great suffering.

Likewise, there are also said to be entire Kambo frog farms where the focus is not on the welfare of the frogs, but mainly on money.

For those considering a Kambo ceremony, it is best to ask very specifically where the Kambo secretion comes from, how it is taken, and how conscious the handling of the animals is. Although it cannot always be an absolute guarantee, the chances increase if the ceremony is done by an experienced soul who has lived with or even come from indigenous tribes for an extended period of time.