Was Jesus a star before he came to earth? 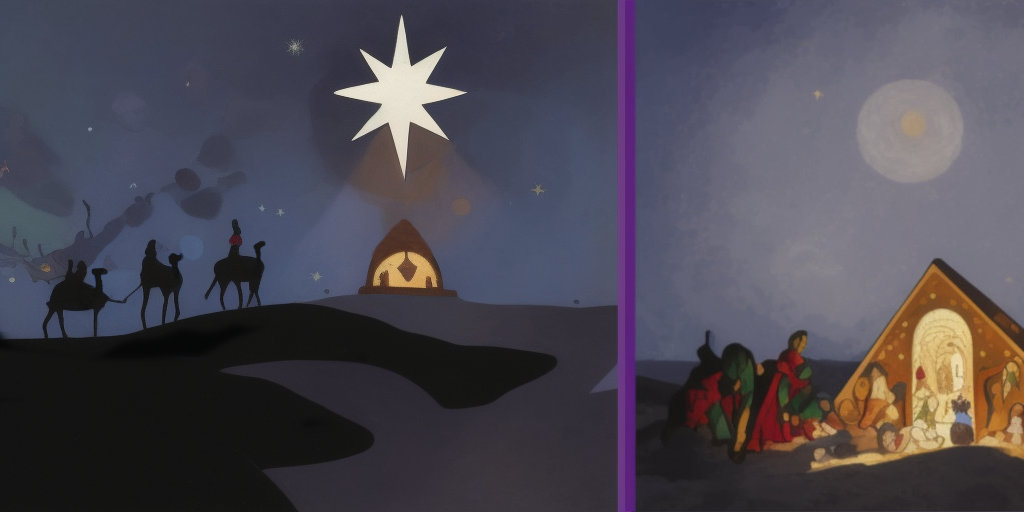 According to ancient Christian tradition, the star that points the way to the manger is Christ himself. It is represented as an octagonal star and was considered an early Christian symbol of Christ.

There was such a story around this star… that much I already knew, and my curiosity was rewarded. I researched the above words quickly and intuitively after seeing a Christmas picture in a Telegram channel with the famous star above the manger.

The church father Ambrosius (around 333-397) writes in his interpretation of the Gospel of Luke: “Christ in the mystery of the Incarnation is himself the star [ …] With his own light he therefore points to himself” (Ambr. in Luc. II, 45). This interpretation is taken up in the art, which connects the star of the magi with Christ monogram, cross or the figure of Christ. The canons of Cologne Cathedral, who kept the relics of the Holy Epiphany, wear the star on a chain of office as a sign of their dignity to this day.

We can become stars. It was his mission to show us that.

In the ancient traditions we still have this knowledge preserved: according to the stories handed down, Venus, Mars and Jupiter were also once mini-goddesses and mini-gods, here on Mother Gaia. They evolved further and further until they were ready to bring their starlight seed to its fullest radiance themselves.