Which Values Will We Follow in the Coming Decades? 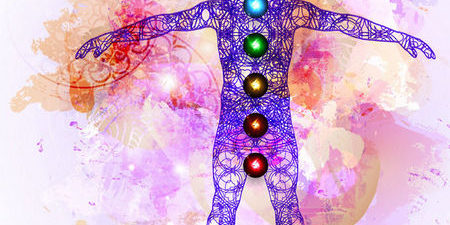 I believe the New World will be a world of feeling and inner perception. If only because the one-sidedness of measuring and one- or two-dimensional interpretation of results has been exposed in recent months…

I believe we’re getting a big chance placed in our hands here.

We can now make a very important decision for ourselves.

We can either continue to think rigidly in two dimensions as before.

Or we can say goodbye to this one-sided way of thinking and acting… and expand our philosophy of life and thus our life values by new dimensions.

What would be especially important to you personally if you could (co)build a New World that would say goodbye to old rigid patterns of thought and develop freely?

No longer against, but FOR!

I think we have always fought against things too much and over and over again.

Symbolically, the Corona period shows us this now: The general consensus is assumed that fighting a new flu virus would not only be the best, but even the only strategy.

And what about those who, due to completely different life values, do not want to fight against natural bacteria, viruses and other (vital!) components of daily life?

There are supposed to be people (for example former conscientious objectors) for whom a fight in any form is still perceived as something fundamentally wrong. These people would rather follow a path that feels natural, right and above all healthy.

They do not want to fight against some new, but somehow annual flu virus, but would rather support and promote the immune system, which has served us well for thousands of years.

I believe that by taking their attention away from the issue of fighting and refocusing on healthy living, these people are already bringing the whole collective of humanity into a better balance. Because every new focus of attention of our consciousness automatically brings astral energies into a new order, whose material structures will one day, with sufficient energetic support, also show up in our lives.

How about trusting your inner perception and following your own personal wishful thinking about life values for a New World?

Just write it down. All the things you would like to experience in your life and in society.

You might want to create a vision with small inscribed cards like I have described in this exercise, only this time you do not do it for yourself personally, but as a suggestion for a new value system of all people.

We can also write down what might even make us a little bit proud if one day we give our body back to Mother Earth and leave the world to our successors.

What values of life would prevail in a New World that would be fundamentally peaceful, harmonious, self-determined, creative and above all FULL OF LOVE? Or would you wish for something completely different? Would you like to go back to the way it was before?

The energies of your chakras reflect important life values

Security is one of the basic energies of the root chakra. This value is enforced worldwide through control, and this causes fear or even powerlessness in many people (these are issues of the solar plexus chakra).

If you want to protect yourself from this, you can bring the over-alarmed energies of your lower chakras into harmony with the higher vibrating energies of your heart chakra with a simple breathing exercise with hand position. I call it the heart energy exercise.

The assignments also work the other way around. For example, a root chakra that has fallen into disharmony (due to whatever) can create a particularly strong need for security in us. Maybe the inner, often subconscious striving for security is so strong in a person that he or she can no longer perceive other values as important or valuable.

The topic of security is not unimportant. And the energies and values of the higher chakras are no better than those of the lower ones. They are different manifestations of different energetic oscillation frequencies, and thus the qualities associated with them are equally important.

In order for us to feel truly inwardly balanced, we must first make our inner peace with all the qualities of the seven main chakras. As I mentioned earlier, we are already being made more than clearly aware of the negative pole energies of the lower chakras these days.

But for the qualities and powers of the higher chakras (e.g. love, truth and wisdom) we have to decide for ourselves.

Already with the decision to take these values important, we immediately transport the energies of the lower chakras upwards. A process that we can of course also support powerfully with the Healer & Creator Energy Flow Exercise…

How would it be if in the future we would lead a life that would also take the qualities of the heart chakra, the throat chakra or the brow chakra important in harmonious balance with other values?

For the heart chakra these would be among others: Self love, unconditional love, compassion, forgiveness, acceptance, giving and taking, relationships, integration and connectedness.

At the same time we would also be urged more intensely to clearly distinguish ourselves from the “negative” topics of the heart chakra: co-dependence, lack of compassion and intolerance.

Wouldn’t such a world be wonderful? ?

But wait, we can add a few more values and qualities above, namely those of the throat chakra. Among others these are: Communication, truth, honesty, and of course the opposite poles: gossip, arrogance, dishonesty, lies and secrets.

And above all of this, we put the very finely vibrating frequencies of the third eye (brow chakra): intuition, foresight, imagination, connectedness, wisdom, inner peace, perception of subtle energies, decision making.

Instead, the majority of people in the Corona period are mainly confronted with the “negative” energies of the brow chakra caused by disharmony, namely hallucinations, mental fog, fear, paranoia and insomnia.

You see, it’s all connected somehow.

I believe that if we want to experience a greater leap in consciousness at this particular time, we cannot avoid rethinking our values.

We have been given a chance.

We can now rethink and refeel globally and reorganize our life value structure.

We can learn not to limit our lives to just one or two values (and our world view to just three dimensions), but instead to look at the whole wide range of all our values, energies and qualities from a bird’s eye view, and then bring them into a new, healthy order.

Chakra values for the whole of humanity?

I would like to bring a new way of thinking into conversation here, which came to me spontaneously when writing these lines.

How about a New Value System based on the basic energies of the chakras?

Here I have implemented this graphically.