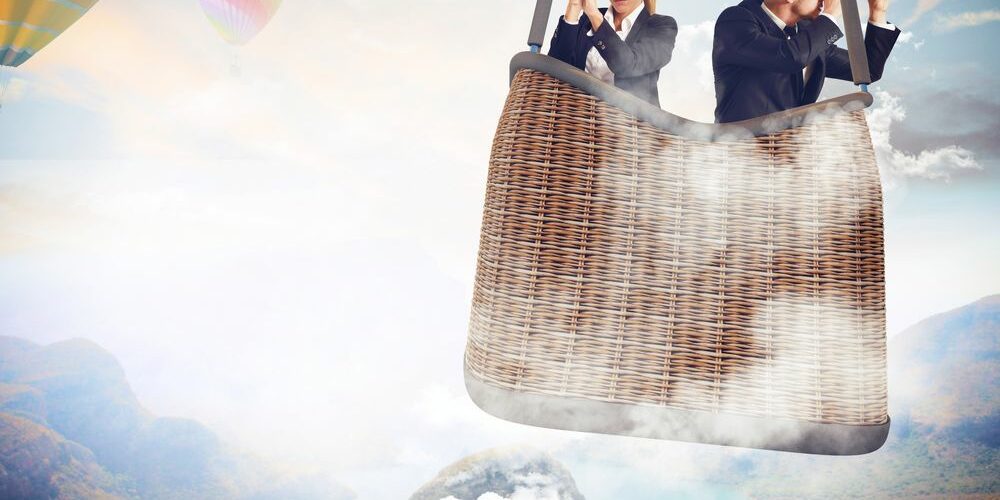 This text first appeared in my blog on 22colors.de.

Human A1: That’s a beautiful red flower! And really big!

Human B1: Yes, you are right. The blue one is nice too, a bit more subtle, but I like it just as much.

B1: Really? Can’t you see the blue one from your perspective?

A1: There is no blue flower here. I think you’re lying.

B1: But I can see the blue flower quite clearly! Seen from you, it’s just behind the red one.

A2: There is only one red flower. We can see it and measure it. All the big newspapers are writing about it, and it was also on TV. Everything else is a conspiracy theory.

A1: Thank you, I almost thought so. Yes, you have to watch out for these deviants nowadays!

B1: They call us conspiracy theorists and swindlers.

B2: Oh yes, they find new synonyms for calling us cranks and liars. Have you ever sent the A-people a photo or described exactly what you can see?

B1: I’ve already tried, but they don’t want to hear it…

B2: Well, then they are already firmly in their bubble of belief that there is only one red flower, because from their perspective they can only perceive a red one.

B1: Don’t we have to help them somehow so that they can also see the blue flower?

B2: Have fun trying… Their thinking box is usually quite closed and feels safe and cosy from their perspective. I don’t think they want to see anything else. You know the story about the bird that doesn’t want to fly out of the cage even if you open the door wide.

B1: But isn’t that very limited, always just the one view, sometimes shifted a few degrees, but never to the extent that they also see the blue flower?

B2: Humans form their horizon of belief quite quickly and then most of them stick to it. The A-people are just firmly anchored in their 3D thinking….

B2: Well, they live in their 3D world. For them, there is only what they let their peers show them. They measure it from their perspective and then they claim that everything else doesn’t exist. This then appears in all the newspapers and on television and then everyone who is stuck in this 3D thinking believes it. We can send so many other pictures and reports, they don’t want to see it.

B1: They don’t believe in other perspectives? Isn’t that terrible?

B2: Well, as long as they don’t restrict us too much or demand things from us that we don’t want, that’s okay. They can also think we’re crazy, if that helps them? Everyone is allowed to believe what they want…

B2: We call this 5D. Seen from the fifth dimension, many perspectives are correct, depending on the viewing angle. That doesn’t make things easier, but at least we see a red AND a blue flower and can then decide for ourselves which we find more beautiful.

A1 to A2 and A3: They still think they see something that doesn’t exist….

A3: What there SHOULDN’T be!

A1: These B people always seem so elitist to me. I think they think they’re special… But we are in the majority! Must be something with their ego, maybe they are all ill?

A2: Some are even really dangerous. That’s why we warn against such people again and again and write: Conspiracy theorists, esoterics and right-wingers. These kind of people are not good for us!

B1: No, we are not special. Not dangerous either. We just perceive other perspectives. Is there a problem with that?

A2: I don’t talk to conspiracy theorists.

B2: Until they realise it themselves. The insight has to come from them. Otherwise they won’t believe it. Of course, we can continue to give hints, but we cannot easily open the box of thought from here.

Human B1 to Mole C: Tell me, how does that actually look from your point of view?

C: I only see roots. Well, strictly speaking, I don’t see them, but I smell them. I perceive.

B1: That’s exciting too, why don’t you describe it to the A-people?

C: I am not a fool! I can’t see your flowers and you can’t smell the roots. What am I supposed to describe? No one would believe me anyway.

B2: If that is how you perceive it, then we believe you. That does not mean that we prefer the same view, but we accept yours as you describe it.

C: Yes, I can tell it to you, but not to the A-people. They lock me up or discriminate against me or do other bad things. I’d rather keep my mouth shut.

Human B1 to Human B2: Well, there are quite a lot of conscious beings who don’t think in such a nested way…

B2: Of course, you have to be careful with the term “box”. They take it amiss, they find it devaluing.

B1: Because we say they can’t get out of their box with their consciousness?

B2: Yes, they take it personally and think it’s some kind of attack from us. They are so used to it, they all attack each other all the time, and then they think we are like that too. It’s called projection.

B1: Well, their thinking is not “less” just because they are in their box. Many of them think just as much and some just as deeply, just with a limited perspective…

Human A1 to Human A2: See, I told you, they feel elitist and superior. They are dangerous!

A2: Yes, I’ll write another report about it in my newspaper. It cannot be repeated often enough: Keep your distance from all dissenters, deviants and mentally ill people!

A1: Yes, you’d better write that again. So that even the last person understands. Maybe these sick esotericists and conspiracy theorists will understand us one day…

A2: Well, whoever leaves our group once usually never comes back to us. Or do you know someone, A3?

A3: I know one. He even wrote a book about it. He was in a sect that was quite dangerous.

A2: You see, you’d better stay with us, you’re safer here.

A2: Yes, we’re not going to let our world view be destroyed!

A3: What has always been will always be. Down with the deviants!

A1: Yes, they are dangerous!