Did we create the corona crisis ourselves to pull ourselves out of the hole? 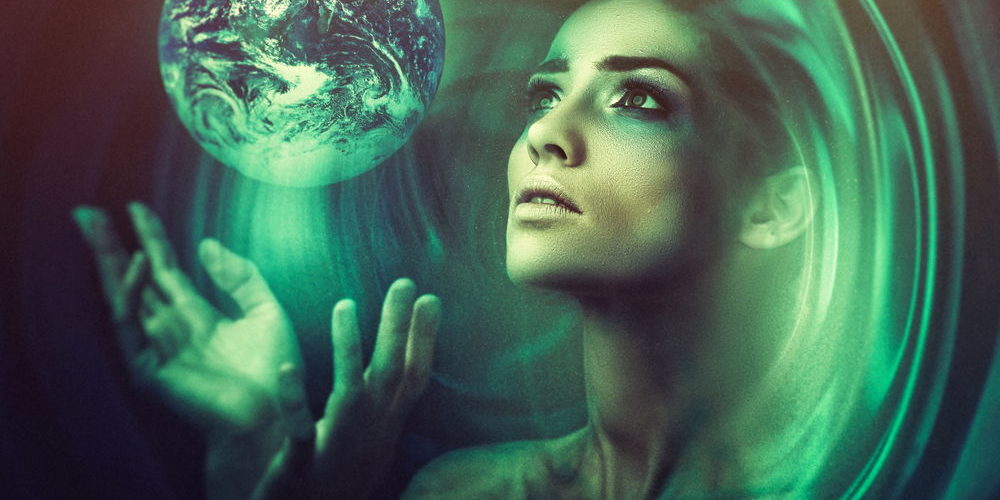 A provocative attitude. I would like to explain what I mean by that.

On the whole, humanity is not doing so well. The gap between rich and poor can no longer be beaten in perversity.

You are either very poor and hungry (11% of world population). Or you are literally struggling half to death in one of the many emerging countries or in a “modern” industrialized country. Sounds almost a bit like the worst slave times.

Only today, you think that everything would be normal …

The Great Mother who gave birth to our mothers

Aside from our wordly mother, our wonderful body also descends from Mother Earth. Some also call her Gaia.

So, our human body is something like a friendly loan, so that we can exist in this world. One day we return this loan to Gaia.

Our Mother, she groans under the burden we put upon her through our nasty poisoning and shameless exploitation.

And I am pretty sure that She is now fed up with our perverse economic system, which is behind our excessive overproduction and consumption frenzy.

Because we don’t just produce things that contribute to the best development and the best welfare of mankind. We also produce a lot of other scrap.

And the entrepreneurs who produce these things do it because other people think they need these things. And of course, the entrepreneur also does it in order to be able to climb a few levels in the underlying economic system, that is, to become richer.

The disease begins in the economic system

We have created a world for ourselves in which advancement is associated with financial enrichment.

I believe that as a newborn child of this world we first have an instinctive deepest heart wish to live in harmony with Mother Earth.

But such wishes are irrelevant to the system on which we are based today.

We have created a world in which we consciously pollute our three most sacred basic elements, air, water and earth, even though we know that we are sawing on our own branch of life and health of our planet and ourselves.

How sick must a system be that simply erases the interest in a clean and harmonious nature from the thinking and feeling of many people and instead holds a large, colorful enticement of personal wealth in front of it?

Or, why are things produced again? Oh yes, also because the masses want it to.

I don’t think that a person who grew up in perfect harmony with nature and without any contact with our economic system would particularly enjoy the many superficialities of our “modern” world.

If you grow up in natural harmony, I think it’s more about your inner development and maybe also about experiencing spiritual and loving commonality with other people and animals.

Our economic system, on the other hand, promotes and develops selfishness and independence. At the same time, it punishes all people who want to achieve a harmonious balance with themselves, with nature or with other people.

Really fair cooperation is pretty difficult in such a system.

When I was little, my parents developed cooperative games, for example the “Wundergarten”, which is still well known in kindergartens, or the “dragon game”. That was at a time when this type of play, only everyone could win or all lose together, was completely unknown.

There were almost only games to buy where the winning of an individual was the only goal.

There are now a few more cooperative games, but the majority of people still prefers the traditional board games because they can try out and even train their rivalry talent with them.

Because we know very well inside: We need this rivalry talent in order to survive in today’s “modern” world.

Isn’t that just a shame?

We should be ashamed of so much stupidity. We actually think that we could solve most of the problems in this world primarily with mathematical logic, rivalry and aggression.

Now, during the Corona crisis, we suddenly realize that this is not the case.

The mentioned properties of our system are popularly called “typically male“. For the best health, everything should always be nicely balanced, the perfect union between Yin and Yang. So then, how important are the “female” properties in our system?

Are these vital values even intended to have a place in our economic system?

Or does the system almost prohibit us from cultivating these values?

The consciousness of Mother Earth

If she didn’t love us, she would have chased us away from this planet long ago. An immeasurably large and developed form of consciousness like our Gaia already knows what it could do. It would be just a snap of Her fingers and we would be gone.

Over the course of a few centuries, the earth would recover more and more from the gross mischief that we have done here as human beings.

Over time, all contaminations and poisons would then be dissolved and converted, apart from the earth and water that we radioactively contaminated.

But Mother Earth is a very wise and a very loving mother.

She gives us one last chance.

If we now rethink and develop new systems that would not hamper our urge for harmony, inner healing and spiritual development, but would support it…

A system that respects and protects all people, all animals and the entire plant world equally …

I am sure that in such circumstances we would be able to stay in Mother Earth’s lap for a while longer!

The power of our collective group consciousness

Most of us know from our own experience how powerful a united swarm consciousness can be, for example in a football stadium, at a demonstration or at a live concert.

This can be a positive or a negative experience, depending on the general mood among the crowds.

If you are particularly sensitive, you can even sense the shared group consciousness among some friends at home.

Anyone who has followed me up to here can also imagine what incredibly strong forces our collective subconscious (although I prefer the term moon consciousness) must have developed.

Especially, after we as human beings have been putting pressure on our unconscious for decades. We fed it with TV pictures of greed and murder. We played rivalry games first in the living room with our friends and then with our work colleagues in the companies.

We put our unconscious into the corner with the label “pretty unimportant” because we learned it that way and not otherwise from our system-true school system.

From birth, we have taught both our men and women that the side of mathematical logic, rivalry and aggression in our system would be more important than the side of harmony, empathy, cooperation and love.

I think such a disbelieving imbalance also leaves deep traces in our unconscious.

And since both our personal and our collective unconscious always want to find the best balance for us in the end, it creates things in our life that counteract our rivalry addiction.

Perhaps you have already experienced the self-creation of situations in your life?

Maybe there was a time when a lot of bad things happened in your life. But now, many years later, you are almost a little thankful for what happened and even secretly wondering whether your inner guidance might have caused this.

Or maybe you know it from situations in which you felt that things were happening with such ease, there simply had to be a higher power …

If our collective unconscious realizes that there is an urgent need for a major change in this world, then there will certainly be opportunities to create corresponding situations in world affairs that are guaranteed to lead to a world crisis.

So, maybe we have chosen this crisis ourselves.

Perhaps it was created for us by our collective unconscious.

Then, this crisis would be a clear signal to us to finally wake up.

We get the chance to reorganize our values.

And we may even get the chance to create a new economic and social system that reflects our highest and most sacred values at all levels.

A system, that not only rewards mathematical logic, rivalry and aggression, but also lets us live in inner harmony, newly awakened empathy, fair cooperation and deeply felt mutual love for one another.