Who or what determines your unhealthy habits and addictions? 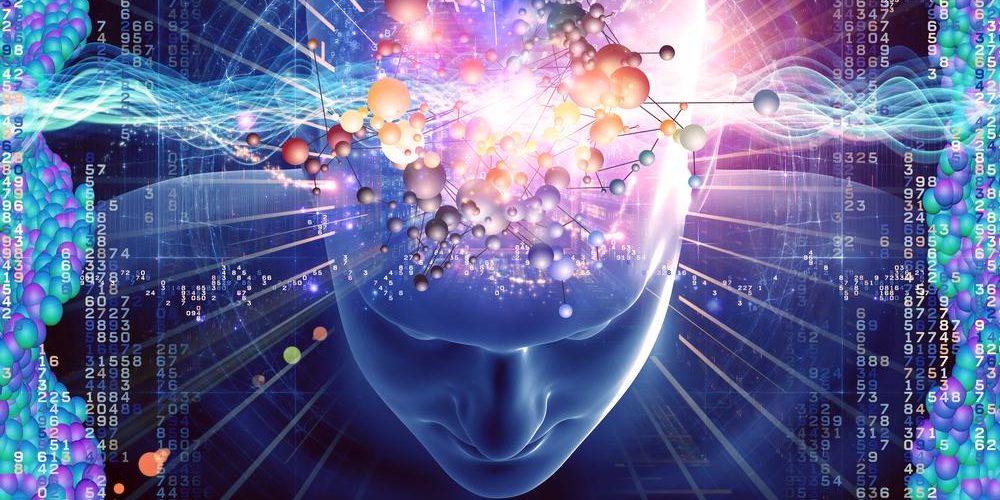 A few months ago, I realized that bacteria are conscious too.

Of course, they don’t think about their day or life like people do. They probably also have no sense of themself. They just exist. They want to live and reproduce.

I say that in order to survive, you need a certain form of awareness. Whether you want to call it unconscious or preconscious or whatever, is only a matter of human definition, which often lacks because of the limited possibilities of our language.

The bacteria communicate with their outside world because of their will to survive.

And because they are so tiny (from our perspective!), they like to get together in masses …

The powerful group consciousness of people

What happens when thousands of people come together and have the same focus? They develop a group consciousness. Because consciousness knows no borders, it is not bound to our brain or any other part of the body, but it is free like the wind.

For example, we can observe this regularly in a football stadium. Many football fans like to go to the stadium because they want to experience exactly this group feeling. It is intoxicating.

Other people like to go to self development seminars and workshops, and in an almost magical way they can often experience an important breakthrough in their development. This happens because they are not alone, the combined awareness of all the other people helps them with their very personal next step.

The same thing happens with large swarms of birds or fish, which all move in harmony with each other and, strangely enough, do not make any mistakes even with jerky changes of direction. They move together like a large organism.

A single bacterium’s will to survive certainly has little effect on its environment. But bacteria never occur alone. They multiply rapidly and form huge colonies. Together they are powerful.

And they have only one focus: they want to survive at all costs! Without self-awareness, they are not concerned with whether they live as long as possible. But as a group, they want to persist and develop.

The swarm consciousness helps them, because this connects with the existing consciousness in the environment, it exchanges, it communicates!

Our symbiosis with bacteria

A lot of bacteria live in our body. Scientists argue over and over again about the exact number, at the moment they probably assume about 39 trillion, with over 2,000 different species.

You don’t have to be disgusted or afraid of that. Without these bacteria, our human body would not exist.

We live in symbiosis with them, i.e. we give them what they need and they break down, for example, nutrients into their basic chemical components that we need for repair and growth work in our cells.

And other bacteria also collect the basic chemical building blocks and then convert them back into something new that we can also use well. A constant exchange, just as we humans produce very different things or offer our services and then exchange them with each other. Greetings from globalization!

What power does the swarm consciousness of bacteria have over us?

How does a group of bacteria get exactly the nutrients they need to survive? Some live on sugar molecules, others need other nutrients to survive and reproduce.

With the swarm consciousness, the bacterial group will to survive gets a powerful tool for communicating with our human consciousness.

What do you have more appetite for today? Would you prefer a colourful mixed salad with peppers, cucumber, sheep’s cheese, native olive oil and fresh herbs, or would you rather tend to pasta or pizza and then a large piece of cake …?

It is not really YOU who generates this appetite. It’s the swarm consciousness of your gut bacteria!

For scientifically thinking people, this is probably an outrageous statement. I didn’t read that anywhere on the internet on an esoteric site. It is a deep insight that came to me one day … and it makes more sense to me than any other attempt to explain that I know.

It even makes so much sense that I am firmly convinced that one day we will even be able to prove it scientifically in this or a similar way.

Who wants sugar, pushes into the front row

My wife Mina and I try to eat pretty healthy most of the time. It usually works well, but sometimes we make mistakes.

When we ordered two large pieces of cake on a small family outing in the restaurant a few months ago, my niece said to me: “Last year you didn’t eat sugar …” How right she was!

For a while we ate practically no sugar, maybe we indulged in something sweet once a week, but apart from a little chocolate, we bought very little for ourselves. It was very easy for us, we did not have to resist anything and had no craving for anything more.

And what has happened in the meantime?

In the run-up to Christmas we bought one or the other Christmas cake in the supermarket, and then a lot more shortly afterwards. After we started sugar again, the craving grew … and got bigger!

In one of our spiritual ceremonies, which we regularly do in our living room temple, I felt the answer inside me: the intestinal bacteria in us, which live from sugar molecules, act like tyrants. They jostle in front of the others who, for example, live on plant nutrients.

I could almost see and feel the sugar bullies pushing and nudging the other bacteria around. They are incredibly strong, they multiply at lightning speed and take over half the intestine in no time.

And that’s exactly why recognized studies report us: Sugar can be eight times more addictive than cocaine.

As long as we mainly carry sugar bacteria around in our intestines, it is very, very difficult for us to evade this irresistible urge for something sweet.

Because these bacteria, with their swarm consciousness, dictate to us what they need to survive. When these bacteria go hungry, they make a really loud raucousness and fuss!

And if you don’t like sweets: Unfortunately, it doesn’t look much better with simple carbohydrates. It almost doesn’t matter whether we eat bread or pasta made from white flour or whole grain flour: in the end, our body and the bacteria in us converts all carbohydrates into sugar molecules.

With whole grain, this takes a bit longer, and whole grain also has other components.

But in the end, our intestines are flooded with sugar molecules. Accordingly, bacteria that thrive on sugar prefer to settle there again.

And again: my healing with Ayahuasca

In the past few months, my craving for sugar (and, accordingly, my consumption) has been pretty high, because since Christmas I haven’t managed to restrict it with my own will.

The craving for sugar was stronger than my will!

As I have reported in my personal story with alcohol, we recently went to an Ayahuasca retreat again.

Usually you cleanse yourself there on several levels, especially by vomiting. I still remember asking our shaman why Mina and I had to go to the toilet so often on the first night. Because this time the cleansing was done mainly through the intestinal exit.

Again, mother Ayahuasca “knew” exactly what I needed without having to ask.

We came home … and since then I feel no necessity for sugar or simple carbohydrates.

It is as if there is finally silence in the radio traffic of my consciousness. There are no more tyrants who want to dictate to me that I have to eat or drink such an addictive, artificially compressed substance.

And I feel physically better than ever. My perception of subtle energies has become even more intense.

Everything has become lighter.

Once again, my consciousness is 95% influenced by bacteria that live on plant nutrients.

The plants we eat also have a wonderful consciousness. Because they are connected with the spirit of nature, with Mother Earth. It is wonderful to connect with Her. It feels like a loving friendship.